The old town - hear about an almost lost time

You experience Sønderborg’s old town on the trip. See some of the city's old buildings and hear anecdotes from the 13th century to the last century.

Behind the dunghill. Do you know which of Sønderborg's streets we are talking about? If not, participate on the tour and hear more. You also pass "æ plantbej" (plant bed) street and "the vicarage" where there never lived a pastor.

On the trip, you see selected old houses and hear anecdotes that range widely. You also hear about the people who have been part of the city's history over time. 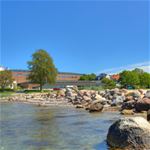 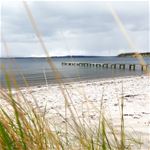 Distance: 373 meters
Thanks to a location close to both the beach and the town, this mini-break at Hotel Sønderborg Strand gives you a great opportunity to explore Sønderborg. With Sønderborg Castle right on your doorstep and the town centre no more than 250 metres away, it’s easy
Book 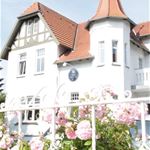 Distance: 494 meters
Hotel Sønderborg Garni is located in Sønderborg in walking distance to the city centre, the beach and beautiful nature in “Sønderskoven”. Each room has free WiFi and is furnished with a minibar, desk and a flat-screen TV.
Book
Build: 10/21/2020 12:39:14 PM, Host: online3core19, DB: o3.cbguide-6766.cbischannel-16089.v1 online3data04.db.citybreak.com:8080, Controller: Todo, Action: showdetails